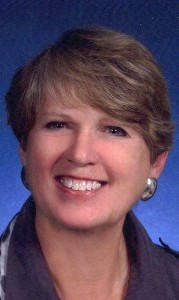 Rebecca was born in Suffolk on Nov. 5, 1949, the youngest of three children of the late William Harrell Reid and Virginia West Reid. She graduated from Suffolk High School in 1967, and St. Mary’s College in Raleigh, N.C., in 1969. She obtained a Bachelor of Science degree from American University in Washington, D.C., in 1984.

Rebecca moved to Washington, D.C., in 1970, where she worked for two members of Congress, Rep. John Paul Hammerschmidt and Rep. Tom Railsback, and also for the Ethyl Corporation as assistant to the president. She was elected vice president-government relations for the Chicago Board of Trade in Washington, served on the Board of Directors for Women in Government Relations, and worked on two commissions for Presidents Reagan and Bush.

In 1984, she married Donald Elbert Smiley, a vice president of Exxon Corporation, in Historic Christ Church in Weems. Rebecca and Don bought a home together in Irvington, which they expanded from a summer home into their retirement home. They enjoyed living in the Northern Neck and traveling together until Don’s death in 2008.

In 2010, Rebecca found a second chance at love with Carl Blades. Rebecca and Carl loved to travel together, take walks, go to church at Grace Episcopal, serve their community and spend time together with their families. They lived together on both Glebe Road and at RWC-Irvington. Carl describes Rebecca as “everything beautiful.”

Rebecca was involved in countless community activities, volunteer efforts and philanthropic works while a resident of the Northern Neck. She had a passion for children’s education and loved to tutor young children struggling to read. Rebecca’s memberships and associations during her lifetime are too numerous to name in full, but include the Animal Welfare League and serving on the Board of Directors of the Lancaster County Red Cross, Virginia Quality Life, and Rappahannock Westminster-Canterbury. At Grace Episcopal Church in Kilmarnock, she was a member of the Grace Church Foundation, Senior Warden, the Vestry, and served on the Outreach, Nominating, Finance, Search, Stewardship, and Compensation Committees. Numerous nonprofit organizations in the Northern Neck have honored Rebecca’s work in perpetuity.

Rebecca was extraordinarily bright and generous, had a beautiful smile, and loved nature. She leaves behind a legacy of caring, generosity and compassion that will last forever. Her life was a shining example of constantly serving and loving others, and steadfast devotion to Jesus Christ.

A memorial service will be held at Grace Episcopal Church in Kilmarnock at a later date. Arrangements are being handled by Currie Funeral Home.

In lieu of flowers, contributions can be made to the RWC Fellowship Fund, the Animal Welfare League of Kilmarnock, or the charity of one’s choice.