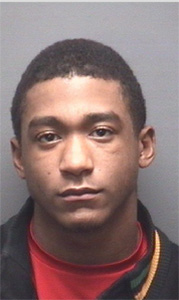 A Suffolk man has been charged with carjacking, malicious wounding and grand larceny after an altercation with a family member ended with him stealing her car.

Officers responded to Sentara Obici Hospital on Wednesday in reference to an adult female victim reporting she was injured during a domestic assault and carjacking that took place near the intersection of Hillpoint and Godwin boulevards, according to a city press release.

The victim reported to officers that a verbal altercation with Dion Devonte Jones, 25, escalated into her being physically assaulted and forced out of her vehicle by him, the press release stated. He then allegedly left the scene in her vehicle.

On Thursday, officers received information that Jones and the vehicle were located in Windsor, the press release stated. He was arrested without incident.

Jones is currently being held at Western Tidewater Regional Jail with no bond.