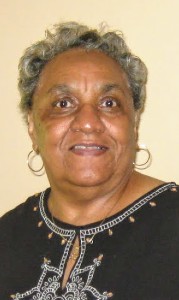 Hester Ann Kenner, also known as Mz. Ann was born on Jan. 23, 1940, to John Sylvester Moore Sr. and Martha Ellen Price Moore in Newport News. She was the youngest of five children.

Her family relocated to Harlem in New York City when she was 10 years old. Hester acquired her formal education in New York City Public Schools. At the early age of 14, she started working part-time after school in the Dietary Department of Memorial Hospital. She would later be employed by the United States Postal Service. Eventually, she went back to school to

acquire her certification as an electrocardiogram technician, which led to employment with Columbia University at Harlem Hospital. In 1978, Hester moved back to the Hampton Roads area of Virginia, where she became a member of the Order of the Eastern Star, Prince Hall Affiliation. In 1995, she retired from the Hampton Veterans Administration Medical Center. Hester was married to Clinton Smart in 1958. This union produced two daughters, Michelle and Simone. In 1978, she married Alfonzia Kenner, and this union created one daughter, Alneader.

Hester lovingly cared for several family members during times of illness. She enjoyed reading, crocheting and playing trivia television games. Hester was an excellent cook, known for her delicious potato salad and peach cobbler pie. She relished family reunions and large cookouts in her backyard. Anyone who knew Mz. Ann knew that her favorite song of all time was “Summertime,” which she belted out whenever the feeling hit.

The family would like to thank the dedicated home health aides that cared for Hester, Sandra Dederie, Maricia Copeland, Tiffany Ricks Jefferson, Rose Bynum and Taylor Sears. A very special thank you also to Jacqueline Ononaku for your consistent concern and regular Sunday telephone calls.