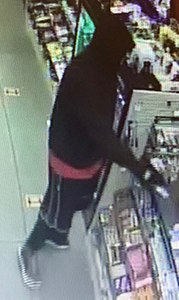 Two robberies believed to be connected

In both incidents, the offenders — believed to be the same two men — entered the business, fired a weapon, and took an undetermined amount of cash before fleeing the location, according to a city press release. There were no injuries at either location.

The subjects were described as black males wearing dark clothing and face masks. The incident remains under investigation.

Anyone with information is asked to contact Crime Line at 1-888-LOCK-U-UP. Tipsters can also submit tips by going to www.p3tips.com or by visiting the Suffolk Police Department website at www.suffolkva.us/spd and looking for the Suffolk Crime Line link. Tipsters never have to give their names or appear in court and may be eligible for a reward of up to $1,000.

Wilroy Road could reopen before Thanksgiving

A bridge on a main thoroughfare in Suffolk that’s been closed since July could reopen in time for the Thanksgiving... read more