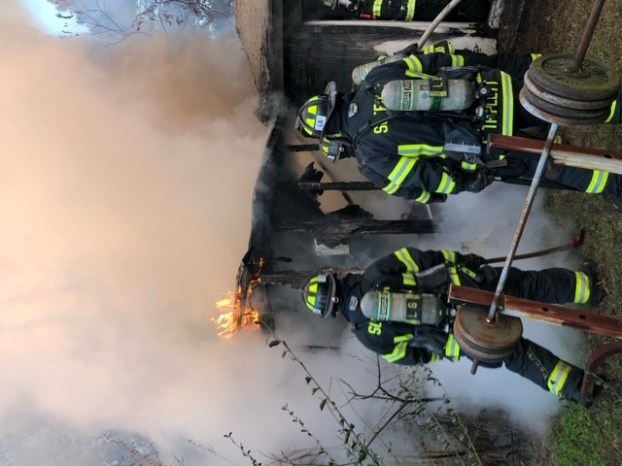 A fire damaged a shed and the siding to a home in the 100 block of Birch Lane early Friday morning. Submitted photo.

An early morning fire Friday damaged a shed and the siding to a home in the 100 block of Birch Lane, and one woman suffered minor injuries attempting to help after alerting the residents to the fire.

Suffolk Fire and Rescue received the call around 6:45 a.m., with the first units on scene seven minutes later, according to a news release.

Firefighters found heavy smoke and flames coming from the detached shed, and they were quickly able to put out the fire. The nearby residence had heat damage to the siding, and the fire was called under control at 7:15 a.m.

The woman was treated at the scene and then went to a local medical facility for further treatment.

The cause of the fire is under investigation.

Prosecutors’ office shuts down due to positive case

The Suffolk Commonwealth’s Attorney’s Office closed Thursday and will remain closed through Nov. 30 due to an employee’s positive COVID-19... read more