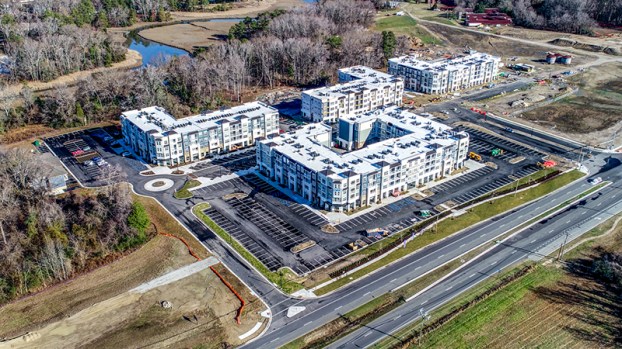 If the name of Brian and Teresa Mullins’ new restaurant, Amedeo’s, sounds familiar, it should.

It’s named after the city icon and founder of Planters Peanuts, Amedeo Obici.

“We typically don’t get involved in retail and restaurants, but we think this is a unique user,” said EDA director Kevin Hughes. “It’s not only a unique user but a unique property.”

Amedeo’s is slated to be an 8,000-square-foot, Northern-Italian inspired restaurant set to open in spring 2021 and be a part of the 3800 Acqua campus at Bridgeport off of Bridge Road. It will feature a variety of food from Oderzo, Suffolk’s sister city and Obici’s hometown. It will also have an on-site bakery and a specialty pizza oven for artisan hand-made pizzas.

The project had been previously discussed in closed session at June’s EDA meeting.

Hughes noted that M&M Hospitality has invested $23 million into Phase I of the development, and it’s estimated that there would be an estimated $250,000 in annual real estate revenue from it.

M&M Hospitality has started several ventures in the city, including Decoy’s Seafood Restaurant, a renovated Bennett’s Creek Marina, River Stone Chophouse and Vintage Tavern. It has invested more than $15 million in three of their previous projects.

Construction on the new restaurant is slated to begin later this fall.

Hughes noted the difficulty in leasing retail businesses during the COVID-19 pandemic, but Bridgeport includes La Parrilla Mexican Grill, Fin & Tonic, Orange Theory Fitness, Edward Jones Associates and Salon on Pointe and Breeze Dental, which opened earlier this month. The location includes about 120,000 square feet of retail space and nearly 300 apartments above it.

Hughes noted what M&M Hospitality began doing this spring in providing meals on Fridays. They did it as a way to keep their employees working while also helping others.

“They really are good community partners,” Hughes said. “When the pandemic started and restaurants were, of course, were forced to close, they jumped right out and they started their community give-back … and they provided 1,500 or 3,000 meals every Friday for six weeks.”

The EDIP grant money would come when the restaurant receives its certificate of occupancy.