WTHD to move to Phase 1B next week
Firefighters on scene of large brush fire
Man arrested, charged with rape
Police investigate shooting 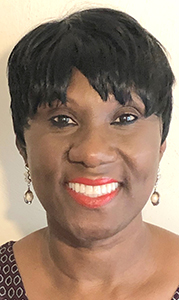 Gov. Ralph Northam formally recognized Pretrial, Probation and Parole Supervision Week as July 19-25. Though not an occasion that immediately comes to most people’s minds, it’s an important recognition for the people involved in that work.

Erma B. Torrance is chief of District 6, which includes Isle of Wight County, as well as the city of Suffolk, where her office is located.

“The celebration of Probation and Parole Supervision Week is a celebration for the hard work and dedication that probation and parole officers perform on a daily basis,” Torrance said. “Every day, officers do their best to keep the citizens of Virginia safe as well as to provide supervision for the population that we serve. Probation and parole officers play an integral role in the lives of the clients they supervise such as providing resources and completing assessments to ensure that clients are properly supervised based on their risk and needs.”

Torrance added she strives to show appreciation to her crew on a daily basis, but the week is a special one for staff to “celebrate themselves and reflect on the good work that they do: the enhancing public safety, reducing recidivism and assisting clients with their road to success.”

Pandemic restrictions prevented any staff gatherings, such as maybe eating cake together, so they did some creative, virtual activities instead.

The chief explained that pretrial, probation and parole are separate entities.

Torrance added that length of probation or parole is determined by the sentencing judge or the Parole Board. In January 1995, parole was abolished in Virginia, but there are many individuals sentenced prior to that who are on parole supervision when released from incarceration.

She stated with particular emphasis, “The Virginia Department of Corrections has the lowest recidivism rate in the nation, so this speaks volumes for the work that we are doing.”

For her part, the chief’s responsibility is to plan, organize, coordinate, staff and direct the district office. That also includes budget, staff hires and to ensure VDOC policies, procedures, protocols and business practices are followed and shared with staff. Torrance also works collaboratively with judges, courts and internal and external stakeholders.

“In my role, I basically oversee the overall operations; however, I am very blessed to have an excellent management team comprised of two deputy chief probation and parole officers, one officer services supervisor, and five senior probation and parole officers who are responsible for the daily operations of the district,” she said. “They really make my job easy, and I applaud them for their hard work and dedication.

“Probation and parole officers have many responsibilities; however, their ultimate goal is public safety. Some of their duties include conducting home verifications, testifying in court proceedings, completing assessments, making referrals, filing court reports, conducting urine screens, investigating home plans, conducting employment verifications. Our ultimate goal for those we supervise is for them to be successful, and we provide them with the continuum of care, resources and services for them to be successful.”

Asked how the office deals with those probationers and parolees that don’t follow their supervision conditions, Torrance said, “We address their non-compliance based on the severity of the incident, the sentencing order and other factors. We have various business practices and assessments that guide us in making our decisions. Again, we use the continuum of care using least restrictive sanctions to most restrictive sanctions to address non-compliance. We do not use a cookie-cutter approach because we are dealing with individuals. As I mentioned earlier, our goal is for individuals to succeed; however, there will be instances where we will have to notify the court about non-compliance.”

Then there are those people who have learned their lesson, made positive changes after incarceration and are grateful for the guidance.

The chief said, “Yes, I have had several probationers and parolees to thank me for assisting them and helping them to stay on the right path. When they told me that I was responsible for their success, I informed them they are responsible because they did the hard work and invested in themselves, and I was merely a catalyst. I do not take credit for success stories, but I love to hear them and they do make me feel warm and fuzzy.”

How, one might wonder, does a person such as Erma B. Torrance become involved in pretrial, probation and parole as a career?

The chief of District 6, which includes Isle of Wight County and the city of Suffolk, said, “Ironically, when I began college, I majored in early childhood education, but I quickly changed my mind when I was assigned to work at a child care facility. At one point, I had aspirations to be a police officer, but I changed my mind about that as well. Crime and criminality has always interested me, so I changed my major to criminal justice administration. In 1984, I began my career in the criminal justice field as a correctional officer with the Georgia Department of Corrections. I was 21 years old, and I worked at a women’s prison located in my hometown in Milledgeville, Ga.”

She added that her husband’s Navy career required periodic relocation, but each time she found work at a nearby prison wherever they were stationed. For example, Torrance was also employed as a correctional corporal with the South Carolina and Georgia Department of Corrections, a pretrial officer at Chesapeake Community Corrections, and as a counselor at several federal halfway houses. They’ve been in Virginia since 1992.

She earned an associate degree in public service from Trident Tech University in South Carolina, and a Bachelor of Science degree in criminal justice from Old Dominion University.

She noted that VDOC is “a learning organization. So, we pride ourselves on the continuing development of our employees.”

On her husband’s retirement in 2004, the Torrances built a home in Western Tidewater. The couple has a son and grandson.

She is a member of the Church of Jesus Christ of Latter-day Saints and hopes to become more active in the community when she retires.

The Virginia Department of Agriculture and Consumer Services confirmed Friday that two horses, stabled at different locations in Suffolk, have... read more