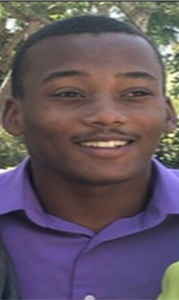 The public’s help is needed to locate a missing endangered teen.

Ryan King Harris, 19, was last seen in the 200 block of Tracy Drive and Robin Lane on Wednesday morning and was reported missing Wednesday evening. His whereabouts were unknown as of 10:30 p.m.

Harris is described as 5 feet, 6 inches tall, 134 pounds, with brown hair and brown eyes, and was last seen wearing a green hooded sweatshirt, black or dark pants, and carrying a large black backpack, according to Suffolk Police.

That is a change from the initial report that stated he was last seen wearing running shorts, a dark T-shirt, and Vibram running shoes. However, Suffolk Police said it had been made aware of the change in his clothing description.

If anyone knows the whereabouts of Mr. Harris, please call 911 or your local Police Department.

He may also have a red fanny pack and sleeping bag with him. He suffers from a medical condition that requires medication, which he does not have with him.

If anyone knows his whereabouts, call 911 or your local police department.

A Suffolk fire station will be closed for about three weeks starting next week for work on the engine bay... read more