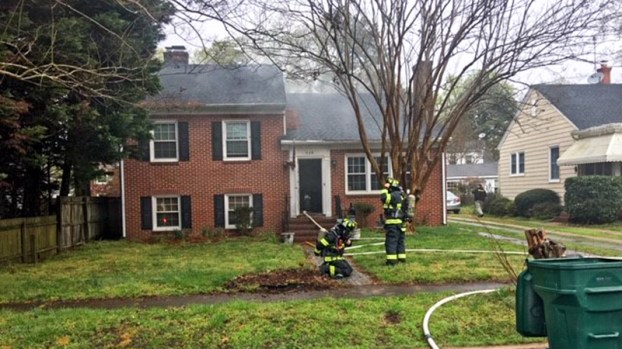 Firefighters responded to a call on Virginia Avenue early Wednesday afternoon. Four people were displaced in the fire. (City of Suffolk Photo)

Crews respond to fire at house

Crews found light smoke showing from the two-story residence, from which the occupants had evacuated prior to firefighters’ arrival, the press release stated. The fire was contained to the kitchen; however, the rest of the home sustained smoke damage.

There were no injuries, but two adults and two children will be displaced by the fire and are being assisted by family.

The cause of the fire is under investigation.

The Suffolk Humane Society will assist Suffolk pet owners during this coronavirus pandemic with a drive-through pet pantry on Thursday... read more