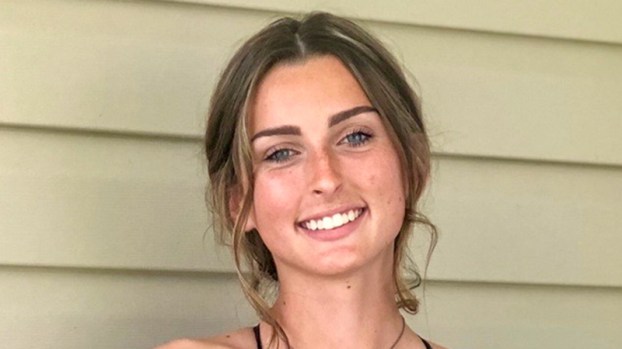 Callie White was voted Suffolk News-Herald Player of the Week after scoring two goals in a playoff win for the Lady Cavs. (submitted photo)

Callie White was voted Suffolk News-Herald Player of the Week after scoring two goals for Lakeland High School in a regional playoff win.

The Lakeland High School girls’ soccer team is a week removed from the Class 3 Region A tournament. For the second season in a row, the Lady Cavs were able to advance to the regional semifinals. They defeated Park View High School 2-1 on a strong performance from White. She scored all of Lakeland’s goals in that game, helping the Lady Cavs advance in the playoffs.

“Personally, I felt like I had a great game,” White said. “It was one of my better games of the season. I played my heart out and played a very aggressive game, which resulted in me being able to score those two goals.”

Being more aggressive was something White wanted to emphasize this season. When she is aggressive during games, good things happen. With the season over now, she felt good about her willingness to improve her game this season.

“It was a tough season, but I feel like I tried my best and was determined to improve myself,” she said. “That has helped me overall as a soccer player.”

The last couple of seasons, Lakeland has been right on the verge of qualifying for the state tournament. White uses that as motivation on the field.

“What motivates me is looking to progress and to win so we can make it to the next level,” White said.

White draws inspiration from her father. The main reason is because he always does what is right, and he will help anyone out in need. Those things inspire her to be a better person.

For next season, White wants to continue to grow as a player. She finished her junior season as a first team All-Region player and hopes she can continue to build on that heading into next year. She wants to make her senior season her best season.

“Over the summer and fall, I’m going to put in as much work as I can,” she said. “I’m looking forward to playing with the some of the younger players that we will have moving up.”